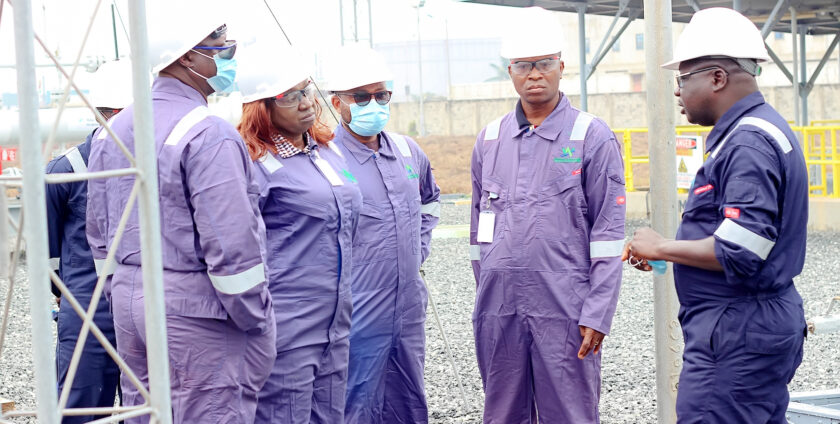 The West African Gas Pipeline Authority (WAGPA), WAPCo’s regulator recently concluded a familiarization visit to WAPCo facilities in Ghana, Togo and Benin. The Director General of WAGPA, Mrs. Chafari Kanya Hanawa, led a four-member delegation on her first tour of WAPCo facilities since her assumption of office as WAGPA DG in February, 2022

She was accompanied by the Director Environment Safety and External Relations, Kodjo Pedassou, the Director Marketing Surveillance and Development, Ernest Abankroh and the Director Technical, Sedjro Houha, on a tour that took them round WAPCo’s facilities in Ghana, Togo and Benin from August 16 to 22, 2022.

Explaining the reason for the visits, the DG, said it was important for her to be on ground to gather first-hand information on WAPCo’s operations. The delegation was particularly interested in WAPCo’s gas transportation to meet the requirements of its main customers and its compliance with safety and security standards, as required by WAGP Regulations. 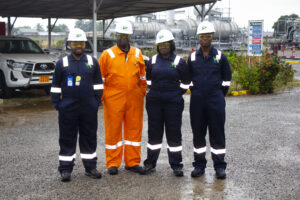 The team’s first point of call was the Tema Regulating and Metering (R&M) Station where they were received by the Managing Director of WAPCo, Greg Germani and some members of WAPCo’s management. Before taking them on the tour of the facility, the Operations Coordinator, Samuel Buckman gave a presentation in which he explained the operations of the Station. The team left for Takoradi after completing their visit at Tema.

At Takoradi R&M Station, the team was welcomed by the Operations Coordinator, Prince Ahulu who took the DG and her team through a brief presentation and the tour. DG WAGPA noted the particularity of Takoradi R&M Station which, unlike others, has two natural gas processing areas due to the Takoradi Tema Interconnection Project (TTIP).

Before leaving the country after visiting the two facilities at Tema and Takoradi, the WAGPA delegation paid a courtesy call to the WAPCo Head Office in Accra, where they had the opportunity to interact with WAPCo’s Senior Management Team (SMT) and see the control center located within the Head Office building.

At Cotonou R&M Station, the Operations Coordinator, Harold Sedolo Nounagnon welcomed the delegation and took them on a tour of the facility and a quick visit to the 8” RoW at the beach side.

Earlier in Lomé, the Operations Coordinator, David Djangbiogou hosted the WAGPA delegation on a similar routine on the Lomé facility. Here, the delegation congratulated WAPCo for gas delivery to the Kekeli Efficient Power Plant which is running with natural gas from WAPCo. The DG expressed her satisfaction with the efforts of maintaining the facilities in very good condition despite the huge negative impact of corrosion due to sea sprays.

At the end of the tour, the DG said she was impressed by what she and her delegation had seen, particularly WAPCo’s adherence to operational excellence principles; in her words “We met  staff that are very meticulous about hygiene rules, procedures, compliant with safety and environment rules in all respects”. 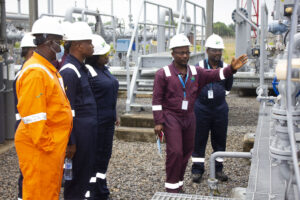 She said although the visit was a familiarization tour and not an inspection, they could see that WAPCo was compliant with safety and security requirements under the WAGP Regulations.

The delegation was also impressed by WAPCo’s delivery of the contracted volumes of natural gas to the customers, which shows that the company understands the importance of meeting the expectations of its customers, she said.

The WAGPA DG urged WAPCo employees to maintain this high level of operational excellence and professionalism. Acknowledging WAPCo’s key role in the energy sector in West Africa, she said the company could continually count on WAGPA’s support.

Finally, the WAGPA DG said she was proud when she was informed while the team was in Accra that WAPCo had achieved 10 million workforce hours without a recordable incident. She said the teams at the field locations were part of this great achievement and congratulated them and urged them to keep up the good work given the importance of the WAGP operations for the development of the sub-region.